Recent directive by the Minister of Health, Professor Isaac Adewole banning the sales of Codeine containing cough syrups without prescription across the country is, no doubt, a sad reflection of the alarming state of drug addiction in the country, especially among the youth. According to Prof Adewole, the directive became necessary due to the gross abuse Codeine usage has been subjected to in the country.

A drug is a substance used for medical purposes that changes the state or function of the body. On the other hand, drug abuse is a situation when drug is taken more than it is prescribed. It could be seen as the use of illicit drugs, or the abuse of prescription or over-the-counter drugs. It could further be defined as the deliberate use of chemical substances for reasons other than intended medical purposes and which results in physical, mental emotional or social impairment of the user. The abuse of legal drugs can happen when people use the drugs in a manner other than directed by the manufacturer or purpose that are not legitimate.

According to World Health Organization (WHO), substance abuse is “the harmful or hazardous use of psychoactive substances, including alcohol and illicit drugs”. It is estimated that about 76.3 million people struggle with alcohol use disorders contributing to 1.8 million deaths per year. The United Nations reported that around 185 million people globally over the age of 15 were consuming drugs by the end of the 20th century.

Drug addiction is the excessive, maladaptive, or obsessive use of drugs for non-medicinal purposes. It is characterized by a compulsion to take drugs on a steady basis in order to experience its mental effects. Drug addiction leads to habitual dependence on drugs which gives rise to mental, emotional, biological or physical, social and economic instability. Drug addiction, no doubt, has distressing and extremely awful consequences on the society. Violence, social deviance, mental disorders, upsurge in crime, corruption; destruction of individuals, erosion of societal values, undermining of national economies and premature death are some of the consequences of drug addiction.

A drug dependent person feels very uncomfortable and does not function optimally any time the regularly abused drug is not available. If the person is seriously dependent or addicted, failure to take this drug may lead to illness. If this situation is as a result of financial difficulty, this individual may resort to borrowing, stealing or prostitution. Prostitution as a means of satisfying drug needs is particularly common in female drug addicts. The implication to the spread of HIV infection and AIDS can be better imagined.

According to a 2011 World Drug Report, over 210 million people or 4.8% of the world population use illicit substances yearly. In Nigeria, the youth seems to be more involved in this deadly act. A recent United Nations Office on Drugs and Crime (UNODC) Report shows that the age of first use in the country is 10-29 years. The National Drug Law Enforcement Agency (NDLEA) has expressed concern over the increasing level of drug abuse and drug trafficking among Nigerian youths. According to the NDLEA, the situation had been worsened by the affordability of substance of abuse such as cough syrups, lizard wastes, gums and cannabis sativa popularly known as Indian hemp. Considering the delicate and sensitive position of the youth within the country, drug addiction among them remains a major threat to national growth and development.

Environmental influence, especially during childhood, is a very important factor in drug addiction. Parents or older family members who abuse alcohol or drugs, or who engage in criminal behavior, can increase children’s risks of developing their own drug problems. Friends and acquaintances can also have an increasingly strong influence during adolescence. Drug-using peers can sway even those without risk factors to try drugs for the first time. Academic failure or poor social skills can put a child at further risk for using or becoming addicted to drugs. High stress level, especially occasioned by dire economic strains, severe trauma, psychological trauma, including loss of a loved one or chronic loneliness are some of the factors that could lead to drug addiction.

Tackling the problem of unemployment in the country is relevant to reducing the menace of drug addiction among the youth in our society. According to a recent World Bank statistics, youth unemployment rate in Nigeria is 68%, but realistically, 80% of Nigerian youths are unemployed with secondary school graduates mostly found among unemployed rural population accounting for about half of this figure, while Universities and Polytechnic graduates make up the figure. What seems to be more worrisome is the fact that the nation’s Universities and Polytechnics continue to churn out more than 150,000 graduates both Bachelor’s degrees and Higher National Diploma annually and job creation has been inadequate to keep pace with the expanding working age population. Thus, idleness among youth could easily make drug addiction a fascinating option.

Perhaps, more importantly, parents must spend time to inculcate moral values in their children. Undue struggles for economic survival should not be a justification for parents to neglect their natural role in the proper of upbringing of their children. Of what essence is a family’s financial solidity if the children are not properly brought up? It is only when parents spend ample time with their children that they could really notice negative vices and in traits in them and quickly nips such in the bud.

Similarly, public enlightenment campaigns on the harmful effects of drug addiction must be stepped up by relevant government agencies, NGO, Faith Based Organizations, community leaders, traditional rulers, etc. Ignorance remains a major factor in drug addiction and so relevant stakeholders must continue to enlighten the youth on the evils of drug addiction and trafficking. Indeed, schools could include drug related issues their curriculum. It is imperative that younger ones are taught the dangers that drug addiction pose to their health and future before they are exposed to peer influence in later years.

Also, the NDLEA and other similar law enforcement agencies must step up the clampdown on the production and illicit trafficking of banned substances. As long as these substances remain in circulation, the youths will always be tempted into consuming them. Additionally, the NDLEA can equally increase the pulse of its efficiency through the deployment of technological devices that can boost its seamless detection of hard drug dealers or users.

It is rather worrisome that drug addicts are mostly youth. This should be a source of great concern to everyone. This is why pro – health campaigns across the country should majorly be youth related and multi sectoral in approach. In Lagos State, the campaign against drug addiction is structured around the Inter-ministerial Drug Abuse Committee that consists of Ministries of Heath, Youth and Social Development, Information and Strategy, Transportation, Education, Local Government and Chieftaincy Affairs and Lagos Television.

Given the enormity of the damage of drug addiction to mankind, no effort should be spared to curb its menace.

Scientists have concluded that the risk of addiction is a complex combination of both genes and environmental influences. Despite advances in the science of genetics, it has been extremely difficult to identify the possible genetic contributions to addiction because it likely involves a combination of inherited variants in multiple genes. To find answers related to nicotine addiction, for example, scientists must study complex and nuanced questions like, do certain genetic variants play a role in initiation of smoking and others play a role in behaviors leading to heavy smoking?

Inherited variants can change the way the genes work, like the commonly known mutations that put children at risk for cystic fibrosis or put women at risk for breast cancer. Finding the suspect genes and their variants linked to addiction has been helped by large databases now being shared by scientists. This NIDA-funded study broke new ground by checking recorded data of up to 1.2 million people, simultaneously looking at multiple substance use behaviors and then cross-checking them to potential genetic factors.

Using the records in a comprehensive database, an international group of over 100 scientists collected information on smoking and alcohol use. They measured behaviors like the age people started smoking, how regularly or heavily they smoked, if they had smoked and then later quit. They also looked at how many drinks per week each person consumed. They then cross-checked those findings with life events (like years of education); physical characteristics (like heart rate or cholesterol level) and diseases they suffered (such as mental illnesses, Parkinson’s or Type 2 Diabetes.)  They then correlated those results with specific genes suspected in various types of substance use.

The researchers found that there were over 400 locations in the genome and at least 566 variants within these locations that influence smoking or alcohol use. These include many locations harboring genes that influence synaptic transmission which could hold a key to understanding inherited traits in addiction. The findings show that locations associated with smoking and alcohol use affect several other chemical functions: glutamate transmission (the strength of synaptic connections); dopamine (linked to learned behavior and reward); and acetylcholine (the most plentiful nervous system transmitter.) These findings bring scientists closer to identifying clusters of genes that could play a part in addiction, giving the field of addiction science a solid starting point for further study.

For a copy of the paper, published in Nature Genetics, go toAssociation studies of up to 1.2 million individuals yield new insights into the genetic etiology of tobacco and alcohol use. 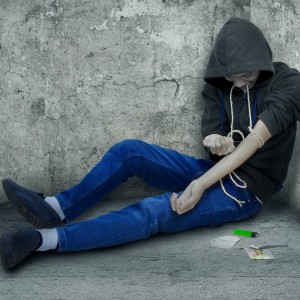 Depending upon your drug of choice, the symptoms that suggest the presence of an addiction that requires treatment will vary. Different classes of drugs have different telltale signs that signify usage.

In general, however, there are a number of signs that drug abuse or alcohol abuse is a serious problem. If you recognize some or all of the following things happening to someone you care about, or happening in your own life, drug abuse may be an issue that needs to be addressed in treatment:

You may find hidden bottles of alcohol or drug paraphernalia among your loved one’s belongings. Personality changes often occur with substance abuse and addiction. You or your loved one may be more irritable or agitated, and even blow off commitments or family events.

The earlier in one’s life that drug abuse begins, the more likely an individual will be to become addicted.  Substance use in teens and young adults can become part of a pattern of unsafe behaviors, including unsafe sex and driving under the influence.  Due to availability, teens and young adults may be more likely to abuse dangerous “club drugs” which, as part of the general picture of alcohol and drugs being abused by this demographic, can lead to serious problems including:

Drug abuse is a major problem across the world. One of the most significant issues concerning drug abuse is the high risk for developing an addiction. The abuse of drugs can have serious ramifications on a person’s physical health, mental health, and overall well-being.

Diagnosed clinically as a substance use disorder, addiction is a recognized condition involving compulsive use of a substance despite negative consequences.  Drug abuse is the inappropriate use of substances – including alcohol, prescription medication, or illegal drugs – for purposes such as pleasure, to feel or perform better in certain situations, or to change one’s perception of reality.

Abusing substances creates both changes in behavior and in the way the brain works, specifically in the areas governing judgment and reward. Continued abuse of substances can be a warning sign that an individual is beginning to lose control over their drug use.

Drug abuse not only affects the individual, but also can have far-reaching consequences that affect family, employment, personal health, health care systems, local communities, and society as a whole.  The following examples illustrate the potentially profound impact of substance abuse at an individual and societal level, including the toll it may take on health and family.

Substance use disorders are treatable. Effective treatment can be found from a comprehensive rehabilitation program that is tailored to meet your specific needs.